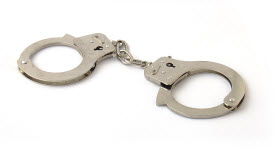 The U.S. has jailed a Chinese national for nearly four years after he admitted conspiring to hack into the computer systems of major U.S. defence contractors to steal military hardware secrets. The 50-year-old man

, Su Bin, was arrested while working in Canada in 2014 and extradited to the U.S. to stand trial. At the time, the U.S. assistant attorney general for national security, John Carlin, said the case sent a strong message that stealing from the U.S. and U.S. companies has a significant cost. “We can and will find these criminals and bring them to justice,” he said in a statement. Su could have faced up to 30 years in jail, according to news service Phys.org, but that was reduced to a maximum of five years and a fine of $250,000 after he agreed to enter a guilty plea in March 2016.
The stolen data included blueprints of F-35 and F-22 fighter jets and technical data relating to Boeing’s C-17 military cargo plane. A U.S. district court judge in Los Angeles sentenced Su to 46 months in jail and fined him $10